10 years in charge of firsts

Our steps towards a future of electric charging

It has been 10 years since we founded NewMotion. In this time the EV industry developed, and so did NewMotion: from developing new services, such as the Business Hub, to attracting new customers and installing new charge points. But also new challenges arose on our road to success. So far, it has been quite a ride. Jump on this journey with us of 10 years of firsts. 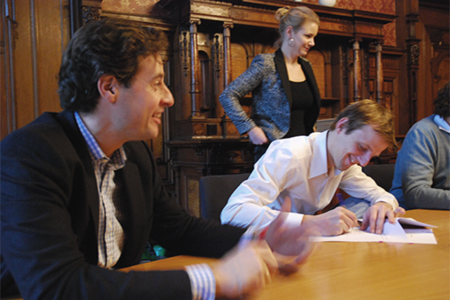 In February, Ritsaart van Montfrans developed the first plans for a business in electric charging at an attic room in Naarden. Later in 2009, The New Motion (later changed into NewMotion) was founded by Ritsaart van Montfrans and Alef Arendsen, entrepreneurs with a background in finance and IT. It was not only the first time the founders invested in Electric charging, but NewMotion was also one of the first serious players in this area of business, making NewMotion pioneers in EV charging.

From the start, we're on a mission to make EV charging available to the masses. To do so, we released our first NewMotion App in October 2010 that allows EV drivers to locate available charge points on the road. A revolution, as until this point there was no such complete overview available. In the past years, the app has grown to the biggest app for EV charging on the go. And the recent change into Shell Recharge made it even more appealing to an even bigger audience and is now available in the App Store and Google Play Store.

Our employees are at the heart of our company, are the charging ambassadors for EV's. Together, we provide education to our customers and partners and do everything we can to deliver the best service possible. To expand our success, we realised we needed to grow our network of ambassadors internationally. In 2012 we, therefore, acquired Matthias Pfeiffer as a Business Development Manager in Germany, making him our first international employee.

We can't change the world on our own. That's why we partner with other organisations that share our ambitions for a cleaner future from the beginning. Our first partnership was in December 2010 with E-laad, a Dutch foundation that installed public charge points in the Netherlands. As in 2013 the foundation was no longer supported by the government, the partnership ended and companies like NewMotion took over public charge point installations. 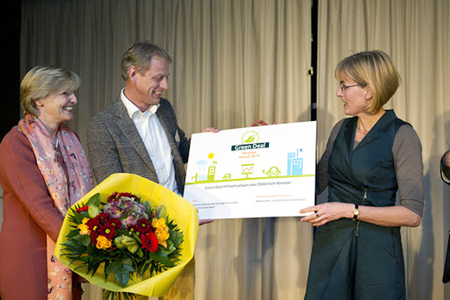 In November 2014, we won our first prize: the Green Deal Award, a recognition for sustainable projects with clear results. NewMotion won this prize for creating a charging infrastructure with over 15,000 charge points together with partners, for which over 170 Green Deals were made in 3 years. The jury highlighted sustainable design, measurability and the impact of the project as decisive factors in rewarding the prize to NewMotion.

Looking forward, we realised that the continuous growth of EV charging would cause the power network to get overstrained in no-time. To prevent this, we started a pilot for power balancing in May 2015. By offering customers the possibility to delay their charging sessions to night time for a lower price, we stimulated avoidance of energy usage on peak moments. And with great success: two-thirds of the charging sessions were moved to the night, massively releasing the pressure on the network.

First charge points in France and the United Kingdom

On our mission to enable everybody to drive as many kilometres as possible powered by clean energy, we've always aimed to grow internationally. Until 2016, we expanded to Germany and Belgium. And 2016 marks the first year our charging solutions are available in the United Kingdom and France. This growth led our total of smart charge points in Europe to increase to a number of 30,000, along with 80,000 registered charge cards in 2016. 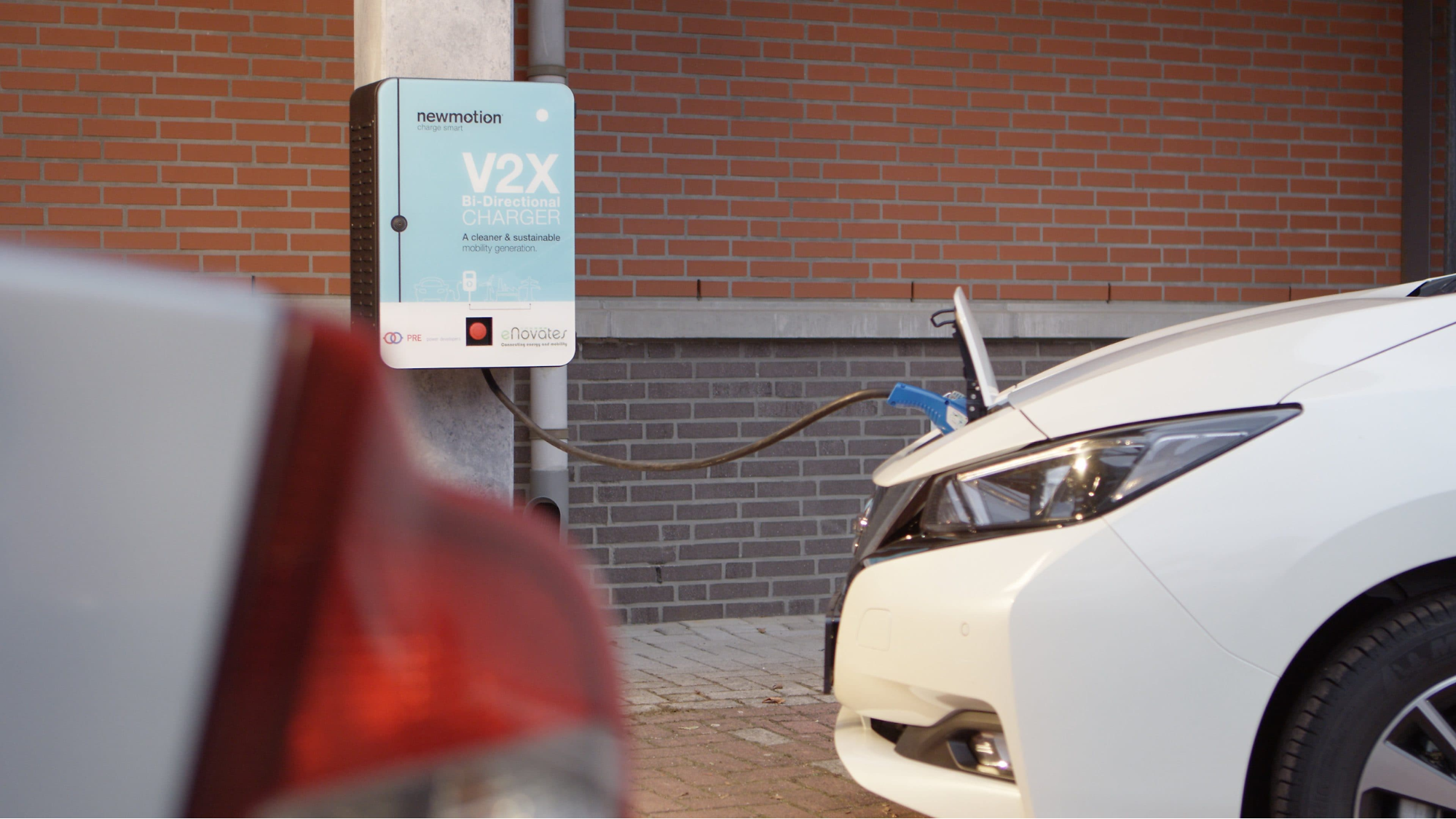 First in charging back to the grid with V2X

In October 2017, NewMotion introduced the first bidirectional charging solution: V2X, Vehicle-to-everything. With the help of V2X, an EV can power office buildings or private homes and benefit renewable energy sources as a whole. Starting with small local pilots, V2X is now ready to support considerable projects such as supporting TenneT with the Mitsubishi Outlander PHEV - marking the start of a real energy revolution in the field of electric charging.

In 2018 we've made the first deal with a pan-European leasing company: Arval. By offering our solutions, Arval is now able to offer home and workplace charge point installation, integrated payment solutions and smart charging services such as reserving a charge point. This partnership simultaneously allowed us to expand further in Europe and brought making EV charging available to the masses one step closer.

In March 2019 we were the first in the industry to reach the number of 100,000 charge points in their European roaming network. We've collaborated with over 200 roaming partners to build this extensive network of public charge points, that allows EV drivers to roam seamlessly across 35+ countries in Europe. A milestone in making the EV driving experience in Europe easy and accessible.

All journeys start with a first step. These were ours. Small steps, large achievements, sometimes with a detour, but ultimately always heading towards a lower-carbon future. Whether you are a leasing company, a car manufacturer or a business, we have got you covered. Want to keep following our journey? Sign up for our newsletter or follow us on social media by using the buttons below.