The Future of the EV

EV sales started to pick up in 2009 and have rapidly been increasing ever since. Especially 2015 was a big year for electric vehicles, with a 78% increase in the amount of electric vehicles on the roads compared to 2014 (International Energy Agency, 2016). But what growth will we expect in the near future? And will each country meet their sustainability goals they committed to? A few countries have already expressed interest in slashing emissions and banning the internal combustion engine. Norway, Germany, The Netherlands and even India aim to ban the internal combustion engine in 10 to 15 years time ( ThinkProgress , 2016). In addition, Japan already has more charge points, over 40,000, than petrol stations, less than 35,000 ( World Economic Forum , 2016). These countries are definitely moving in the right direction!

The future of the EV in the UK

The goal of the UK is to have around 1,700,000 electric vehicles on their roads by 2020. This amount of cars is equal to 5% of all the cars on the road in the UK (Office for Low Emission Vehicles, 2016). In order to achieve this goal, yearly sales should grow at a rate of at least 109% per year. Indeed this is high, but likely achievable, because the last 4 years the EV sales in the UK grew by an average of 138% every year! Plus the government incentive program will be adjusted every year to meet their target (Office for Low Emission Vehicles, 2016). If this rate of growth is maintained, by 2020, we could see 40% of all the new cars sold in the UK to be electric.

Helping boost the marketHere’s a handy table to help you get started in understanding all of the UK Government incentives for EV’s: 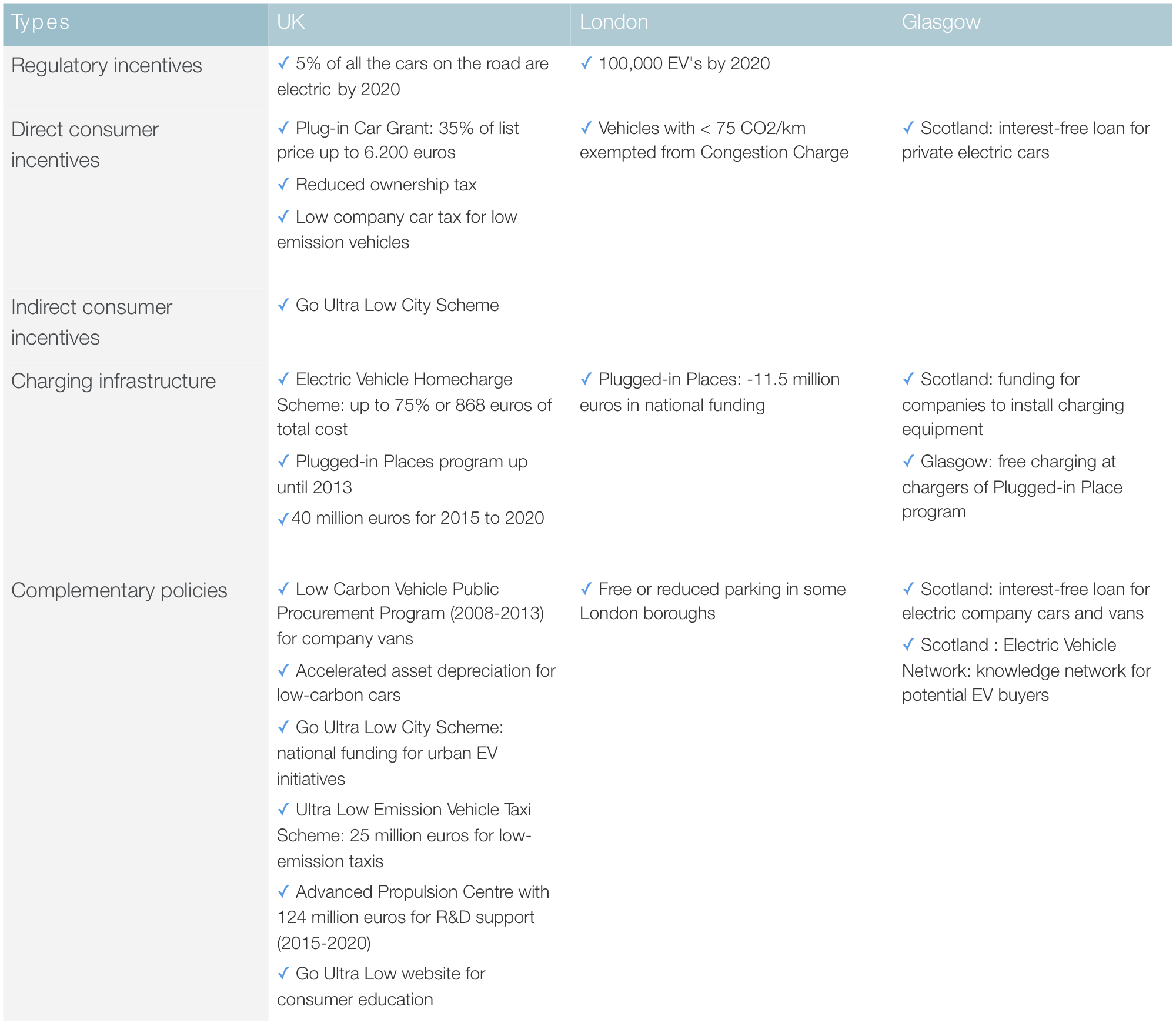 EV’s are the future

We think definitely think that EV’s are the future and are enthusiastic about the fact that countries feel the same way and are supporting their goals in many ways. Do you also feel like driving the EV movement and help the UK achieve this great goal by 2020?