Comparisons between an Electric car, a Hybrid car and a Traditional Car 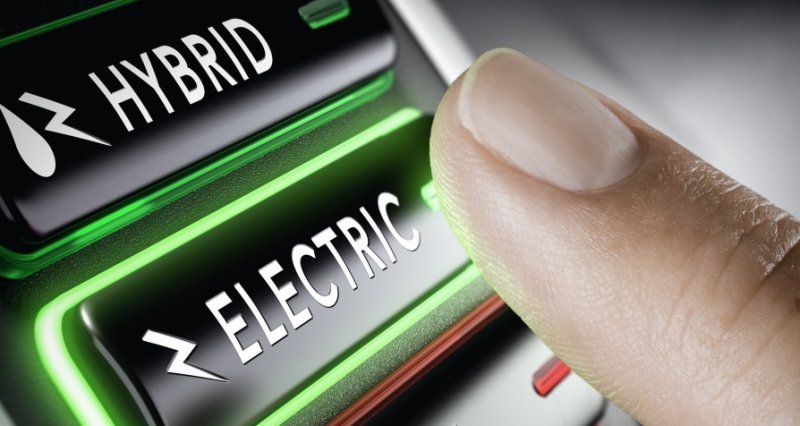 The cost of running a car can be prohibitive. Maintenance, fuel and replacement parts are just a few of the expenses that drivers are obligated to pay. However, as vehicle technology evolves, we are being given an increasingly broad selection of options when it comes to the type of car that we drive. In addition to ‘regular’ vehicles, electric and hybrid cars both offer drivers the choice of cheaper and simpler maintenance. Looking further into the features of these individual vehicle types - costs aside - what are the differences?

Electric vehicles are run purely on electricity. The market for green cars is growing significantly as more and more consumers make the choice to switch to environmentally-friendly vehicles. As a result, the list of electric cars available is steadily increasing, including vehicles produced by EV cars pioneer Tesla, as well as models from Renault and Nissan. As the number of electric car charging stations grows, so too does the level of interest in purchasing this type of car.

When Where EV cars use pure electricity to move, hybrid vehicles combine this with another form of propulsion, such as a petrol or diesel engine. Like electric cars, the list of hybrid cars available to purchase is consistently expanding with different models coming from various companies such as Mitsubishi, Volkswagen and BMW. More manufacturers than ever are taking note of the cost-saving and fuel efficiency that is becoming much higher in demand since consumers are making decisions to use environmentally-friendly vehicles. As a result, the choice of models are broadening from plug in hybrid SUVs to hybrid small cars.

Cost of the car Car finance is readily available for regular car models, allowing the total price of the car to be paid off in installments and the car kept or returned at the end of the contract. Hybrid cars have also benefited from car finance for some time and upcoming electric cars are also now being offered for purchase in the same way. It currently costs more to invest in an electric vehicle than a regular car but by 2025 there has been research by experts to support the notion that the price will be on a par. For example, the EV Nissan Leaf has a starting value of £22,790 whereas the new Nissan Micra has a starting value of £12,400. Another example is Volkswagen’s e-up! which has a starting value of £21,140 whereas the latests up! starts from £13,750.

Cost of the fuel To envision a few comparisons between similar models we have compared the Nissan Leaf, which is a full electric vehicle, and the Honda Civic, a car with an internal combustion engine.

Please note: The first year registration tax can be different since that depends on several external factors. The same applies to the yearly tax.Data sources: GOV.UK (2016), Car fuel data (2016), UKPower (2016) and GlobalPetrolPrices (2016)

The cost to charge an electric car will vary depending on factors such as the electricity tariff and the model of the car. It’s estimated that this cost is generally around a fifth of the price of fuel. For example, the cost of an overnight charge for an electric vehicle to provide 100 miles of range is around £3-4. To provide enough fuel for a petrol car to cover that same distance would usually be around £15, if you are just driving around town. For a hybrid car, the cost of the fuel depends on how much time the car spends in electric mode. According to figures from Toyota, 50% of its hybrid cars’ driving time is spent in electric mode. We also found in our EV Driver Survey that PHEV drivers spend 70% of their time driving in electric, which means considerably less fuel consumption than a regular car.

The question of range As EVs are becoming more mainstream people’s mindsets about charging are changing. More than 80% of Europeans drive less than 62 miles per day and the average daily distance a car covers, for example, in the UK and America is 25 miles and 43 miles respectively. Despite people travelling these shorter distances there has still come about a new thinking to charge your car on the go instead of at final destinations such as at work or at home. This has probably been brought about by the increase in EVs and thus the development of more accessible charging points.

EV range has been a barrier to purchase for consumers for some time now. However, things have changed significantly in the electric car market of today. The newest Tesla S, for example, now boasts a range of up to 400 miles depending on different factors such as the speed and the outside temperature. This does still put electric vehicles on a lower range point from a single charge or tank of fuel than another type of car. The hybrid Toyota Prius with its 12 gallon tank, for example, has a range of600 miles and the Volkswagen Gold with its 14 gallon tank, 490 miles.

The engine The traditional combustion engine is what most people are familiar with as the internal workings of a car. Spark plugs ignite a mixture of fuel and air, which burns to power the engine. The electric car, on the other hand, has an engine that is effectively a large battery pack massively saving on space. 80% of the battery energy is directly transferred to power an electric car, this is contrasted with fuel-driven vehicles that only transfer up to 26% or sometimes as little as 14% so the level of efficiency is much higher. The hybrid combines the two but also uses waste heat and energy from the diesel or petrol engine to recharge the electric battery in the car.

Emissions Regular cars emit a whole range of air quality pollutants, including carbon dioxide and hydrocarbons, which can damage the human respiratory system, as well as the environment. Electric cars are zero emissions vehicles and so emit no exhaust gas at all. Hybrid cars usually claim a certain number of “zero emissions miles,” for example the Audi Q7 e-tron is 34 and the BMW i8 is 23.

The 2040 ban The UK government announced in 2017 that there will be no new petrol or diesel cars made available for sale after 2040. So, the choice between traditional, hybrid and electric vehicles could soon be limited down to just two.

In conclusion, what we can see is that although there are many traditional benefits to having petrol or diesel cars, consumer trends and technological developments are heading in the direction of EVs making them more advanced, efficient and increasingly popular. It seems that across the board hybrid and electric vehicles face values are approaching double the initial costs of traditional vehicles but the long term benefits are still making them an extremely viable asset. With a much cheaper fuel consumption and a low environmental impact, those who want to consider a greener future are opting for them. While many are still choosing to stay with traditional vehicles, the changing mindset of the population is sure to have an effect on up and coming vehicle advancements.